We’ve made a major change to GeoGebraTube and our Chrome App. We have updated the formula renderer (otherwise known as LaTeX renderer) to use the same version as in the desktop version. This means that mathematical formulas in our applets and web application will now look just as beautiful as they do in GeoGebra’s desktop version. This will work with all existing formula commands as well (for example TableText, FormulaText, FractionText, StemPlot).

Here’s an example of the new version using our new super-pretty formulas:
tube.geogebra.org/student/m33487

If you have any questions or suggestions concerning these new updates, please write to us at support@geogebra.org

We are happy to inform you that the official registration and abstract submission for the GeoGebra Global Gathering Conference are now open.

Because there is only a limited number of participants we can host, we highly recommend to register for our gathering as soon as possible to make sure you can join us this July. Please find more information about all the practicalities in our G3 2015 GeoGebraBook.

We are looking forward to seeing you this summer in Linz!
Markus and the GeoGebra Team

Volume of Pyramids with GeoGebra

“That which is provable, ought not to be believed in science without proof,” said Richard Dedekind.  The formula for the volume of a pyramid is usually learnt in junior forms without any proof.  One may think that such proofs require calculus.  In fact the formula was well known before the invention of calculus.  If we look back to the history, we can find some explanations and proofs which are comprehensible to lower form students.  These proofs are more accessible with the use of the dynamic GeoGebra 3D figures.

The following approach of deriving the formula for volume of a pyramid was reported to be originated from Democritus (Edwards 1979, p.8-10).  In the first figure below, a red triangular pyramid is “completed” to form a prism together with the blue and the green pyramids.  Check each of the boxes and drag the blue slider, we can see that the red and the blue pyramids, and also the blue and the green pyramids, always have equal sections at equal heights (the 2nd and the 3rd figures below).  Considering that a pyramid is composed of sections parallel to its base, the red pyramid and the blue pyramid are then equal in volumes, and so are the blue and the green pyramids (Cavalieri’s principle). Since the three pyramids composing the prism are equal in volumes, the volume of the red pyramid is therefore one-third of that of the prism, and hence one-third of its base area times the height.

It is worthwhile to note that a Chinese mathematician LIU Hui (劉徽, fl. 3rd century) proved the result in an ingenious way.  In his commentary of the Chinese’s mathematical classics “Arithmetic in Nine Chapters (九章算術)”, the triangular prism is divided into a triangular pyramid and a rectangular pyramid (the 1st figure below).  After pressing the “Start” and then the “Next” button, with the midpoints of the edges each of the pyramids are divided into some prisms (the red and yellow parts) and some empty smaller pyramids. It is clear that the sum of the volumes of the red parts is half of that of the yellow parts (the 2nd figure below).

The smaller pyramids can be further divided up accordingly (press the “Next” button again to see). Again the sum of the volumes of the red parts is half of that of the yellow parts. The same process can be continued indefinitely (press the “Next” button repeatedly) and we shall see that the limiting shapes, the red triangular pyramid and the yellow rectangular pyramid, have the ratio 1 : 2 in volumes. Therefore the volume of the red triangular pyramid is one-third of that of the prism, and hence the result.

LIU Hui expressed his idea of carrying the process to the limit as follows (Wagner, 1979):
The smaller they are halved, the finer are the remaining. The extreme of the fineness is called “subtle”. That which is subtle is without form. When it is explained in this way, why concern oneself with the remainder?
It is particularly impressive that LIU Hui could visualize this subtle limit process, as illustrated by the above dynamic figure, without the help of modern technology.

The above two applets are also available in the GeoGebraBook: http://tube.geogebra.org/material/show/id/359361.

We are pleased to announce that our fully fledged GeoGebra 5 with 3D View is now also available for Android tablets and iPads. We’ve got a little more work to do before we can launch in the Windows Store, but we will bring you that version soon too!

We’re very excited about this update as you can now enjoy the same GeoGebra power and experience on your tablet like just like on your laptop or desktop. Some highlights:

Mark your calendars!  The Midwest Regional GeoGebra Conference will take place on June 20 and 21 next summer at Miami University in Oxford, Ohio. As always, the conference will be free of charge.  The conference is sponsored by the GeoGebra Institute of Ohio.

We will blog more about the conference as details become finalized. For now, we are looking forward to renewing old GeoGebra friendships and making new ones!

CPD at The GeoGebra Institute of Sheffield (GIS)

Five days of GeoGebra CPD courses ranging from Beginners through to Advanced are being held at Sheffield Hallam University this academic year.

It seems like much of the focus in mathematics in High Schools (beyond standardized testing, that is) is on problem solving. However, without good problems to solve, it is difficult to engage in any real problem solving. The What-If-Not strategy for creating and posing problems fills the need for good problems. I first stumbled upon the What-If-Not problem  posing strategy in the book The Art of Problem Posing (2004) by Stephen Brown and Walter Marion. This book prompts teachers to change their thinking about good problems from that of a scavenger (you need to search for and find good problems for your students) to that of a creator (you and your students create and solve your own problems). Over the next few blog posts, we will put the What-If-Not problem posing strategy to work by exploring the traditional Parabola Construction. These blog posts will approximate the trajectory I followed with some of my high school Geometry classes.

Consider the parabola construction shown below (or play through the construction at http://www.geogebratube.org/student/m232937).

Now onto our question: How do we create new problems from this construction using the What-If-Not strategy?

The What-If-Not problem posing strategy applied to the parabola construction works like this:  Take one of the characteristics of the construction, change it, and pose a new problem in the form of a question. Using the strategy in this way, here are a four questions we will explore – one at a time – over the next few blog posts:

For each question, we will do our best to answer the question “What is figure is produced by this change in construction?” as well as to provide proofs for each.

In the meantime, I would love to see some of your What-If-Not questions for the parabola construction! Leave them in the comments.

Today, we have released our new GeoGebra Chrome App and GeoGebra Web App including 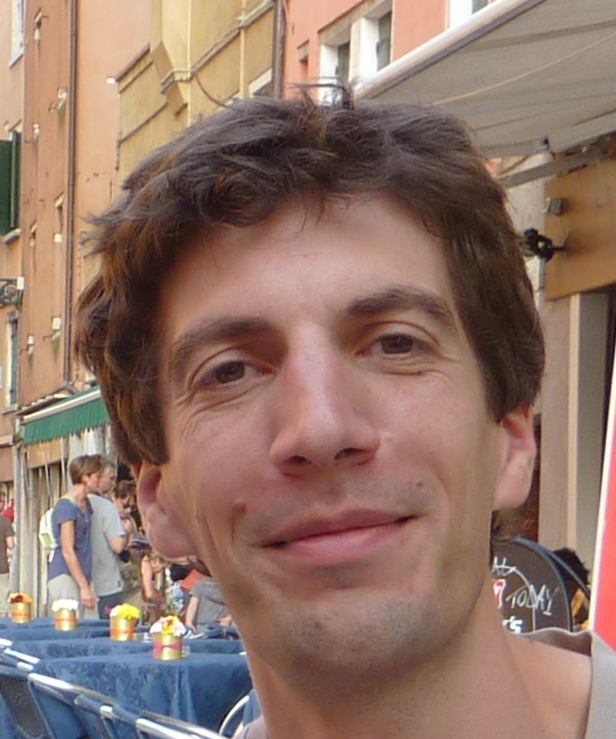 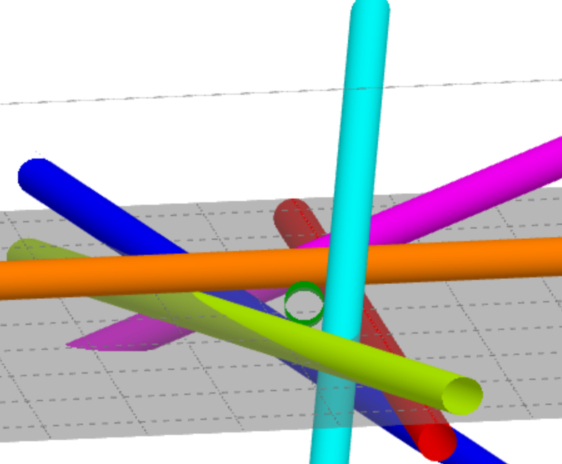 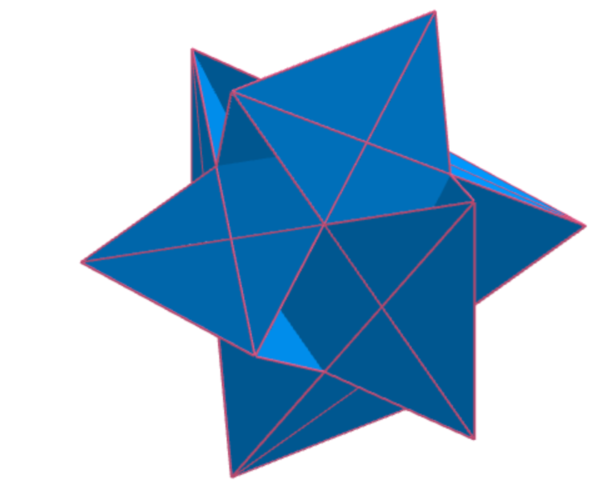 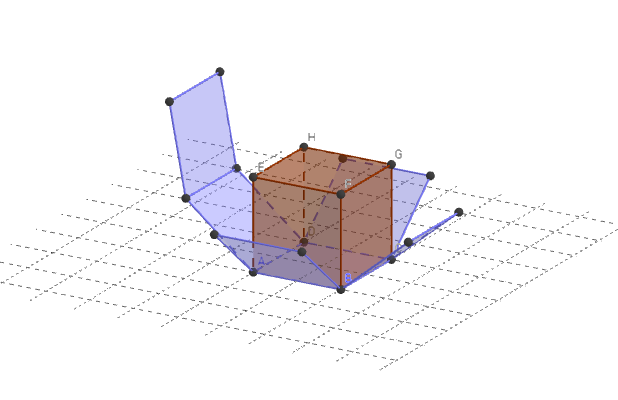 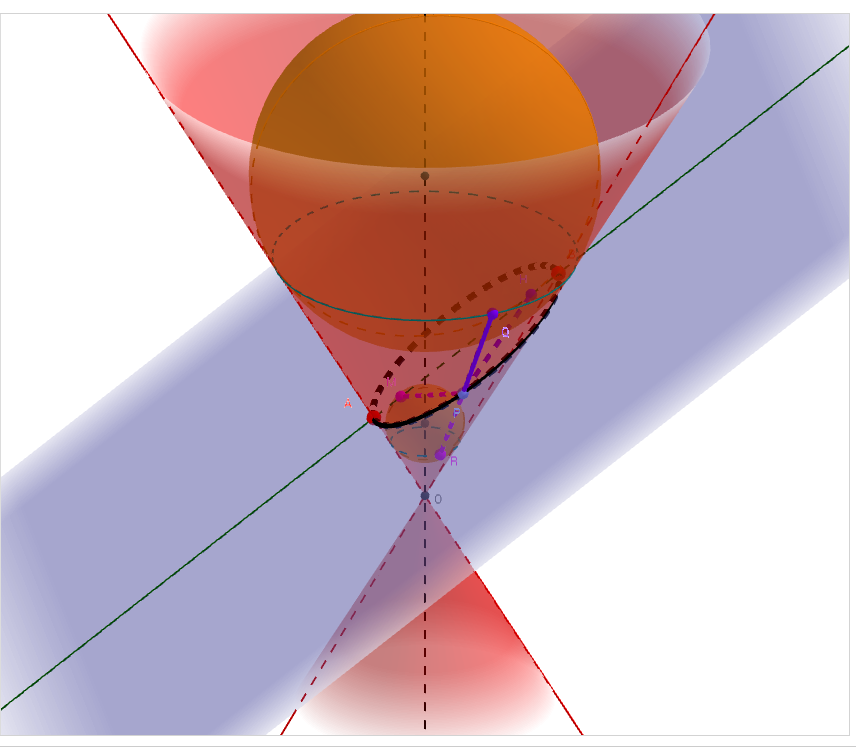 The training is organized by the school district, but outside teachers may attend if they e-mail in advance. There is no charge.

The training will be held at Century High School, 2525 Viola Road NE, Rochester, MN.  Room J121 – the computer lab near the school library